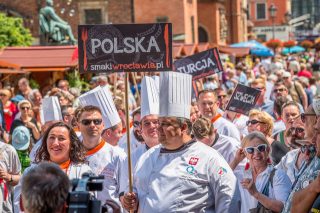 Historically, the Polish province of Silesia has been a land of multiple cultures, inhabited mainly by Silesians, Poles, Czechs and Germans. A beautiful expression of this multiculturalism can be found in the “Book of Henryków”, added recently to UNESCO’s “Memory of the World” register, which contains the first ever sentence written in the Polish language. The book is a chronicle written in the middle of the 13th century by a German monk, in Latin, and that first sentence in Polish, reported by the author, was uttered by a Czech peasant while talking to his Polish wife.

During the period between the first and second world wars, the province of Lower Silesia was part of the German state and inhabited mainly by a German population. After the war, it was incorporated into Poland, with the German population having been completely replaced by a Polish one. Both the city of Wrocław and the province of Lower Silesia became almost completely ethnically homogeneous. The Jewish minority that remained after the Shoah left Poland almost entirely in 1968. But several areas did have a Ukrainian population (with Polish citizenship), who had been displaced from the Eastern border regions of Poland under the post-war ethnic action called “Operation Vistula” in 1947.

Essentially, however, Wrocław entered the 21st century as a city with an almost exclusively Polish population.

In recent years, Wroclaw has experienced a sharp increase in newcomers. Currently, over 150,000 foreigners from 124 countries, the majority from Ukraine, are registered as residents in the Wroclaw metroplitan area. It is difficult to determine to what extent this “internationalisation” of the city is a permanent and stable process. Based on existing surveys, over 60% of migrants have declared their willingness to stay in Wrocław.

The new influx of migrants has been driven by the dynamics of economic development following Poland’s accession to the European Union. For many years, more than 200 national and foreign companies have invested in Wrocław and the surrounding area, creating more than 400,000 new jobs. According to Eurostat data, between 2006 and 2016 Lower Silesia has witnessed the greatest increase in employment rate out of 276 EU regions. Wrocław has thus become an absolute EU leader in this respect. The unemployment rate has fallen down to nearly zero, while the GDP per capita has doubled.

Managers were the first ones to come to Wrocław, following the investments of their countries of origin. Next came young Italians and Spaniards attracted by a lower cost of living and much more interesting career opportunities, accepting lower salaries compared to their home countries. They were followed by large numbers of Ukrainians who are currently working in Wrocław in all sectors and industries. There are also more and more workers from Nepal and Bangladesh. Employers – mainly from the construction industry, but also from other trades – are willing to employ an additional 10,000 or even several tens of thousands of workers almost immediately. The Polish bureaucracy, with no efficient procedures for handling residence and work permits, constitutes a barrier in this respect.

Nonetheless, thanks to a fortunate coincidence related to the extremely dynamic development of residential construction prior to this wave of economic migration, the area has not had any major problems absorbing that large group of over 150,000 new arrivals. 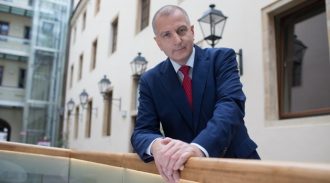 In our city, these migrants encounter (so far, but hopefully forever) a statistically small number of xenophobic incidents. When surveyed, the overwhelming majority of Wrocław citizens declare their openness and tolerance towards other cultures and willingness to accept foreigners. Of the immigrants surveyed, 7% have faced any form of non-acceptance, while a similar percentage of Wrocław residents have heard about or witnessed such incidents.

In Wrocław there are approximately 130,000 students in higher education. Thanks to the Erasmus Programme, but also because of the extended offer of university studies and the cultural attractiveness of the city (The European Capital of Culture 2016, The World Book Capital City 2016/2017), the percentage of foreign students is gradually increasing. Ukrainian students are again at the forefront in this respect. The City authorities actively support the process of internationalisation, while combating xenophobia. This is being done in the form of educational projects but also a variety of social campaigns. A special document describing a large number of projects and programmes among city institutions has recently been adopted: the “Strategy for Intercultural Dialogue.”

Simultanuously, municipal policy will be aimed increasingly at encouraging single immigrants living and working in Wrocław to bring over their families, or start a family in our city. This policy will be undertaken with full respect for freedom of choice, the right to stay, return to the home country, or to migrate further. This process should be facilitated, among other things, by the fact that according to residents, as shown in the recent and very extensive nationwide surveys, Wrocław is reported to have the highest level of life satisfaction among all Polish cities.

The further economic development of the city, and the shaping of its innovative society, are inextricably linked with its internationalisation. In this respect, the paradigm of an open society has become Wrocław’s most important “axiom”, both in the realm of values and its economy.

Rafal Dutkiewicz is the Mayor of Wroclaw. He became the first directly elected Mayor in 2002, and is now in his fourth term of office. www.wroclaw.pl/en/rafal-dutkiewicz