Ethnicity, or race based data collection by government bodies, has always been a matter of controversy. The main reasons for this historically are worries about categorising people by their race due to associations with Nazi Germany and Apartheid South Africa in the 20th century. A continuing issue in theoretical and practical debates is about what it is that is being measured or categorised in the name of race. As Patrick Simon shows, across Europe there are different ideas of what to classify and measure[1]. While he argues that categorisations mainly capture ethnicity and not race, others – including me – see ethnicity and race as sometimes overlapping, which means that neat distinctions between one and the other are not possible, or at least they are often blurred as reflected in the use of the term ‘ethno-race’[2].

Since the creation of ethnicity/race categories for the 2001 UK Census [which are muddled conceptually but were designed for pragmatic purposes[3]] the terms of discussions have shifted somewhat from the philosophical to ones of politics and policy. The use of equality monitoring is commonplace across public services yet there is a feeling that categories and data processes designed to capture the extent of ethnic/race inequalities across a range of policy areas – such as employment, health, education and criminal justice – are just paper exercises. Either the data is not properly collected and so remains incomplete, or even to the extent that it is collected, little action to address inequalities results, or policies are superficial and short lived.  This is what underlies the words of Labour MP Dawn Butler when she called for “deeds not words” rather than empty rhetoric around race equality[4]. 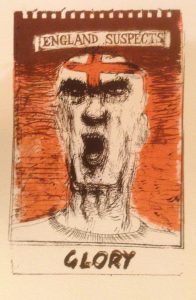 In spite of the recognition of institutional racism by the UK government in 1999 and the Public Sector Equality Duty established through the UK Equality Act in 2010, this has mainly been the situation for some time. It was thus a little surprising when the former UK Prime Minister announced in 2017 that public bodies would be required to “explain” [that is account for] or “change” their practices in light of evident disparities in outcomes on the basis of class, gender, and ethnicity. One outcome of this was the government’s Race Disparity Audit[5] that brought together information and data for the purpose of encouraging public sector agencies to reduce race inequalities more effectively.

In light of this a colleague and I set out to research the challenges and issues staff – including equality and diversity officers – in public health and in universities, face in collecting and using ethnicity/race data[6]. Through an online survey and interviews we asked if data actually helps them to understand patterns of inequality and to plan and deliver more equitable services.

Three main themes were identified in this research. Firstly, respondents from both higher education and healthcare expressed concerns about the ethnicity data available to them. This relates mainly to inconsistency of categories or poor application of systems used to capture data and associated low rates of completion of forms. Data was also limited in terms of the granularity of ethnic categories, for instance the generic ‘white other’ category restricts meaningful analysis. Thus, they felt that a lack of quality in the data prevents them from using it effectively in their work

Secondly, only about half of respondents feel that ethnicity data is effective or very effective in helping their organisation to understand discrimination and plan and delivery services. Some thought this was because of the poor quality of data and restrictions associated with analysis (e.g. challenges undertaking more fine-grained analysis combining factors such as ethnicity, gender and age). Others felt that the challenge related to improving people’s level of understanding and skill in conducting data analysis and interpreting results.

Thirdly, they noted a lack of attention as to ‘why’ data is collected. Numerous respondents expressed lack of confidence among service users as a key reason for low levels of disclosure via monitoring forms. They felt there is little trust in whether the data will be confidential, in addition to a lack of awareness of how data will be used. At an organisational level some saw the collection of data as an ‘end in itself’, and observed that decisions are not always made strategically about which data to collect or how it will be used to improve services.

Although there were participants who called for better data, a question still remains about what organisations would do with better quality data on race and ethnic inequalities, if they had it. We heard that more openness about the nature and purposes of the data would lead to better understanding and better policies. Yet, at the same time, we also heard that there a number of fundamental challenges exist which are restricting progress on this agenda. These include gaps in technical skills required to analyse such data and how to drawn on it to change practice. But more than this, there are also broader organisational culture and attitudinal issues related to limited willingness, ability or comfort in discussing race issues.

If public agencies are to use data on racial inequality to ‘explain’ unequal outcomes they will need to engage with the sometimes-difficult questions that lie behind patterns in the data they do collect. This data does provide a resource to examine the impact of previous interventions on race equality. While improving the quality of ethnicity data and providing open access to the data is likely to aid analysis of inequalities there is a wider issue about analysing the data there is – even if it is incomplete – more effectively systematically to provide an evidence base of what works in progressing race equality.

Karim Murji is Professor of Social Policy at the University of West London.  He is the author of Racism, Policy and Politics (Policy Press, 2017) and co-editor of special issues of Social Identities on Racial Urbanities (2019) and the International Journal of Sociology of Sociology and Social Policy on Race and Place (2019).

[2] For more on this see Karim Murji,  (2005) ‘Race’, and ‘Ethnicity’ in T.Bennett, L.Grossberg and M.Morris (eds) New Keywords: A revised vocabulary of culture and society (Oxford: Blackwell).