Frantz Fanon (1925–1961) was a socio-political psychiatrist whose thought remains relevant in the struggle against de-humanizing racism. Born and raised in the French colony of Martinique, he later studied in France and practiced psychiatry in Algeria and Tunisia. His North African experience taught him that colonization, with its underlying racism, is “a great purveyor of psychiatric hospitals.”[i]

When he enrolled in the French army to fight against the German occupation at the age of 18, he was animated by patriotic and humanist ideals. Fanon wrote,

After the French liberation, he nevertheless felt objectified as a “negro” in the white “gaze,” with the associated biases of animal-like savagery and unbridled sexuality.

Fanon’s encounter with racism in the French metropolis took another turn during his military service in colonial Algeria where he witnessed the suffering of the indigenes. In 1953, he was appointed head of the psychiatric ward at Blida hospital, close to the foot of the mountains of Tel Atlas, by the green Mitidja plain, and less than 50 km from Algiers, where he came face to face with the bare truth of the so-called “civilizing mission.” As a committed physician, he treated the victims of colonial racism whose humanity was questioned while their wealth was pillaged. In 1954, the Algerian War of Independence began, and Fanon joined the Front of National Liberation. He later resigned from his job at the hospital when he discovered the impossibility of practicing medicine in a place of “systematized de-humanization”, as he described the institution in his “Letter to the Resident Minister.”[iii]  Fanon regretted that psychiatry, which supposedly reconciles patients with their environments, was alienating the colonized on their own land, leading them to “absolute depersonalization” (Fanon, 1956/1994, p. 53). In 1957, following his resignation, Fanon was deported from Algeria for his involvement in the War of Independence.

Colonial medicine considered Africans as innately “primitive.” Following its genetic or biological determinist view, it considered the indigenes’ mental illnesses as a fate for which medicine had no solution. It relied on scientific racism to state that the behaviour of the colonized was determined by an innate inferiority of their brain structure. The Algiers School of psychiatry opposed the fully developed frontal cortex of the Europeans to the diencephalon of the Algerians, which is “one of the most primitive parts of the brain.” This organ was allegedly responsible for the Algerians’ laziness, “mental and social ineptitude” as well as a “virtual animal impulsiveness.”[iv] The Algiers School also held that the Algerians were inherently compulsive and violent, prone to commit homicide while Europeans were prone to commit suicide in melancholic states. Along similar lines, the English School of colonial psychiatry, represented by John Colin Carothers, submitted a report to the World Health Organization in 1953, entitled, The African Mind in Health and Disease: A Study in Ethnopsychiatry.[v] The report described Africans as children with a high degree of emotional lability [mood swings] and immaturity comparable to lobotomized Europeans.

In the foreword to Fanon’s The Wretched of the Earth, Jean Paul Sartre contended that, “The status of ‘native’ is a nervous condition introduced and maintained by the settler among colonized people with their consent.”[vi]. In the same book and other publications, Fanon expressed his outright rejection of genetic determinism in mental disorders. While he accepted their partly biological causes (aetiology), he emphasized the importance of their “sociogeny” (social genesis). In a colonial setting, he argued, madness was predominantly “a pathology of freedom,” and that the prognosis was “in the hands of those who are willing to get rid of the worm-eaten roots of the structure.”[vii] The term “structure” refers to the colonial system whose subversion could attenuate the nervous conditions provoked by racial oppression.

Believing that “the biological, the psychological, the sociological were only separated by an aberration of the mind”[viii], he applied “sociotherapy” at Blida hospital. He had learnt this therapeutic approach from François Tosquelle at Saint-Alban hospital in France; it involves creating a small society inside the mental asylum, and treating the institution before treating the patient. Sociotherapy is used to reduce stress-inducing factors in the asylum and allows sociability among the patients. Fanon’s innovative approach did not initially bear fruit in the Muslim men’s ward, when there was little interest in the proposed activities, such as games and theatrical performances. The therapeutic group gatherings would turn into either absolute silence or chaos. Fanon and his intern, Jacques Azoulay, noticed that work therapy, a socio-therapeutic activity, was not met with interest because of cultural differences. For instance, the patients, most of whom were farmers, could not respond to basket weaving because they perceived the activity as feminine. 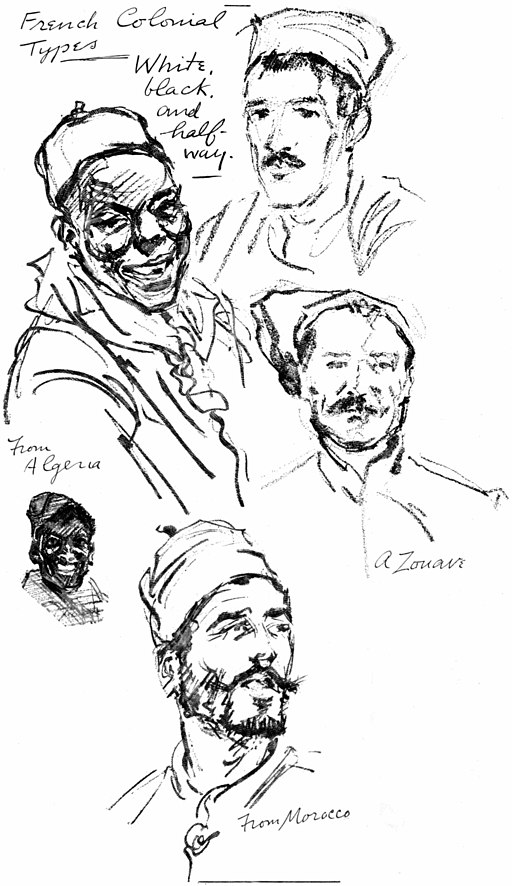 Like other Western psychiatrists before them, Fanon and Azoulay deduced that they had mistakenly presumed the universality of psychiatric treatments. They then reflected on ways of adapting Saint-Alban’s sociotherapy to their local context, which was a pioneering exercise in what today is called “transcultural psychiatry”. They selected local activities that could interest their patients, such as gardening, maintenance, and music in a Moorish café. Fanon and Azoulay similarly understood the importance of religion for their Muslim patients and brought a Mufti (priest) to the asylum, followed by a storyteller and a local orchestra.[ix] As a consequence, even if sociotherapy was not a panacea for the patients’ mental disorders, it “reactivate[d] delusional and hallucinatory processes. It provoke[d] new dramatizations and enable[d] the doctor to understand better what may have ‘happened outside.’ ”[x] This innovative experiment transformed the psychiatric ward into a miniature social milieu with reparative human relationships.

For his actions in Algeria, Fanon remains one of the greatest anti-racist physicians of all time, and humanism lies at both ends of his short but exceptional life. On the first page of Black skin, White Masks, he announced his will to write “for a new humanism” ,[xi] and on the last page of The Wretched of the Earth, he concluded, “For Europe, for ourselves and for humanity, comrades, we must make a new start, develop a new way of thinking, and endeavor to create a new man.”[xii] His thought is still of immediate relevance, principally for the former colonized who have internalized feelings of inferiority, and for the current anti-racist and anti-imperialist struggles around the world.