In September this year, Sweden will hold a general election. The country is no exception to the political wave across Europe of extreme right-wing movements rising in popularity. In the last election the nationalist party, the Sweden Democrats, became the third largest political party, and it is predicted they might achieve even higher figures this year. A survey from 2018, commissioned by ‘The Living History Forum’, shows that almost half of the respondents believe that racism will grow in the coming year, and nearly as many have witnessed racism in the last 12 months. Young people are not immune to these attitudes, and it is most likely that racism pervades schools and classrooms all over the country.

Furthermore, figures presented by the SOM-institute, an independent polling and research organisation that measures the Swedish population’s habits and attitudes, confirm similar tendencies within society. The result from their studies suggests that 45% of the Swedish population are concerned with the increase in xenophobia, and 29% of the population are worried about democracy weakening and political extremism increasing. The same study also indicates that faith in society’s public institutions is at an all-time low.

The above would suggest that the work of The Order of the Teaspoon is more important than ever. We are a Swedish non-profit organisation inspired by Amos Oz’s book “How to Cure a Fanatic”. The idea of the book and thereby the organisation is that if everyone contributes a teaspoon of water even the greatest fire can be extinguished. In other words, in order to make an impact, every little action counts. By working with schools and pre-schools through a variety of projects, the organisation aims to enable thoughtful discussions among children and teenagers on topics such as diversity and tolerance. One of the organisation’s greatest focuses is racism and its different forms of expression, including both institutional and everyday racism. There is a need to work towards an increased understanding of each other’s differing experiences, as well as to decrease the use of racist language within Swedish society, including within the school setting. 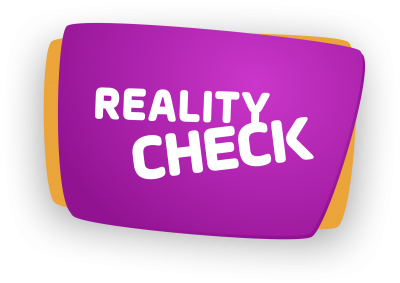 Therefore, with the aim of tackling racism in a new way, the Order of the Teaspoon has recently released Sweden’s first educational App against racism called Reality Check, which is designed for teenagers. The game works as a tool for teachers to raise discussions around issues of racism within the classroom and provides them with a modern way of discussing democracy and human rights in schools.

According to the values and objectives stated in the Swedish curriculum, teachers are encouraged to actively work against discrimination, and develop among pupils greater respect for human rights, diversity and basic democratic values. But too often teachers admit struggling with this task.  Reality Check enables them to overcome this problem by providing a practical tool that is designed to respond specifically to the requirements of the curriculum: that ‘xenophobia and intolerance must be combatted through knowledge, an open discussion and active efforts’.

How does it work?

Students play Reality Check over a week-long period. In the game, they take on characters who are racialized as non-white and experience different forms of discrimination, prejudices and/or racism that many young people face on a daily basis.  Throughout the game, various scenarios occur where the player has the option to reflect and act on discriminatory and racist behaviours that their character encounters. There is also the option to play a character who is “anonymous”. By playing the anonymous character, the student can explore how a by-stander might be able to intervene when others are subjected to racism, and how to notice banal, everyday racism within society.

The storyline of Reality Check is based on interviews with young people and their individual experiences of racism and/or discrimination in Sweden. Their contribution has been essential, as our goal was to create a game they can relate to and which accurately represents their everyday experiences. One of the participants, aged 14, was quoted as saying ‘my teacher told me to be careful with touching the newly painted wall so that my colour wouldn’t come off on the wall’.

Reaching out to young people by talking about racism with an App has never been done before in Sweden, even though 98% of all 16-25 year olds own a smartphone, and that the majority of educators recognise that the use of digital media in schoolwork has shown an increased involvement amongst the students[1]. And this is where the App fits in perfectly. By playing Reality Check, students will either gain a perspective on what it is like to experience everyday racism, or will find ways to act upon racism, either as a victim or as a witness to prejudice.

With the premise that racism must be challenged on multiple levels within society  this app is a great addition to other means of combating racism and is, above all, a modern way of approaching and engaging with young people. The Order of the Teaspoon puts its focus on teaching the importance of tolerance and diversity within the classroom through a variety of projects and, as mentioned earlier, we pay particular attention to encouraging reflective and critical thinking on issues such as racism, xenophobia and misogyny. Another important aim is to inspire young people to take a stand against racism in their everyday lives and consequently contribute to a more inclusive and respectful society. Reality check is a unique example of how educational technology can be used to achieve these goals.

– Reality Check is available, in Swedish, on App Store here and Google Play here. The teacher´s manual is available to download from Teskedsorden.se (The Order of the Teaspoon’s webpage).
– The App also includes short films and information about Sweden’s racist history with the aim of inspiring students to act.

Jonna Mannberg works at Stockholm-based organization, The Order of the Teaspoon, which promotes ‘tolerance and respect among young people’ through education and cultural projects, has created Sweden’s first app against racism – released last February. It is the result of interviews with young people around Sweden on their experiences of racism, with the purpose of creating awareness among their peers of racist and discriminatory behaviours and attitudes. As racism is increasing, the need to tackle the issue from early on has resulted in an App directed at 13-19-year olds as part of their education.