Despite numerous initiatives by governments and IT companies over the last few years, online antisemitism remains a major policy challenge. In fact, the problem is intensifying. The expression of hatred against Jews does not sit still: antisemitic ideas are expressed in new ways, using new forms of language and new platforms. This dynamism is not surprising to historians; it follows a pattern that has been witnessed over millennia.[2] Indeed, it is only by extending the timespan of our analysis of antisemitism, or indeed any racism, that we can establish trends that lie behind this apparent flux. This is the case not just for research about antisemitism, but also how it can be fought effectively: anti-antisemitism. The role played by the online space in the antisemitic murders in Germany and the United States has underlined the compelling significance of this task. 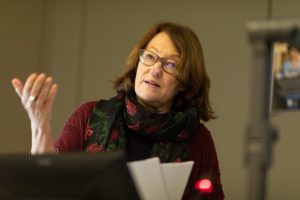 In response, MONITOR magazine co-organised a high-level international meeting of scholars who have expertise in innovations in media and antisemitism across the broad sweep of history, from medieval Europe to the dark web. Our partners were the Zentrum für Antisemitismusforschung at the Technische Universität Berlin, and the International Centre on Racism at Edge Hill University, UK. The conference was funded by the European Association for Jewish Studies. The recommendations that follow are based on the new data and approaches presented and discussed at the meeting.

The Joy of Jew-Hating

The emotions involved in antisemitism are a neglected area of research and public discussion. The intuitive response is that hate is a principal emotion that motivates verbal and physical attacks on Jews. We can also add fear: conspiracy theories about Jews wishing to control the world are identifiable from the 15th century in Iberia. The Inquisition’s pre-occupation with hidden Jews, and plots to kills Christians and pollute their blood, circulated in texts from southern Europe, and into the central Europe of the Reformation and Counter-Reformation.[3] In the late nineteenth century, the writer Leon Pinsker coined the term ‘Judeophobia’, as an alternative to ‘antisemitism’.[4] Certainly, fear and the conspiracy idea has remained central to antisemitism through to the present.[5] However, another critical emotion from early modernity behind antisemitic culture, missed in the literature, is joy—the fun of targeting Jews.[6] This is evident from the role played by antisemitism in European carnivals (still evident today)[7], comedic theatre, the antisemitic joke, and rituals of humiliation.

The Crowd and the Spectacle 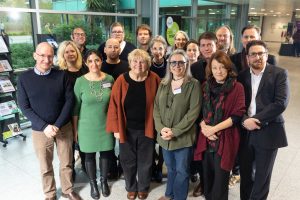 Starting in late medieval history, the participation in the crowd of event spectacles was a central medium in the culture of antisemitism. In 15th century Iberia, a key spectacle was the Inquisition’s public display of heretics, their confessions, and punishment— the auto-da-fé. The significance of the crowd and the spectacle in antisemitism continued across the centuries. Today, the internet functions as the host of virtual crowds, who collectively participate in the spectacle of antisemitism.[8] This virtual crowd culture does not remain online, but seeps into off-line political participation. For example, in Poland, the online recruitment to far-right politics and participation in the crowd in football matches are intertwined; the sense of belonging to a crowd participating in the spectacle is critical.[9] On the dark web, we see far-right groups who coalesce around particular individuals and groupings, such as the US-based Atomwaffen Division network.[10]

From the 1970s, antiracist organisations developed the strategy of ‘no platforming’, which is well known. Less known, however, was the strategy of intelligence gathering via media, and the targeted response by civil society organisations. The antiracist magazine Searchlight succeeded in collecting real-time data on far-right public activities across the UK, which was used to pin-point responses.[11] More recently, mass collective responses to antisemitic abuse and campaigns on Twitter has been shown to be effective in mitigating its spread and influence: such positive content is greater in volume, reach and impact.[12]

From the dawn of the internet age, far-right activism, ideas, and slogans have been on a path to becoming mainstream.[13] A range of mass platforms have been core to this process, such as YouTube, which has accelerated at a tremendous rate in recent years. How to respond? The off-line practice of non-platforming remains a source of controversy. The effectiveness of its online equivalent— de-platforming— has been open to debate. Concerns have remained about whether it gives greater publicity to individuals, if it de-toxifies the platform, and whether the move to other channels just shifts the problem elsewhere. New data, however, suggests that the removal of prominent racists from big platforms succeeds in greatly reducing their revenue streams; diminishing the levels of racism on the platform; and reduces media visibility.[14] At the same time, any such measures need to address the bigger political context of any prominent individual.[15]

[1] This policy paper is based on the findings of the event, ‘Antisemitism and Social Media: Deciphering the Past and Present Relationship Between Prejudice and Communication’, 5-6 November 2019: https://blogs.edgehill.ac.uk/icr/2019/10/08/social-media-and-antisemitism/ Specific contributions are cited below.

[5] Dr Martina L. Weisz, Vidal Sassoon International Center for the Study of Antisemitism, Hebrew University of Jerusalem. ‘Jewish Conspiracy and the Daily Press in Spain’; Dr Victoria Woeste, Indiana, ‘Fake News— From the Protocols to the Presidential Election of 2016’.

[6] Schüler-Springorum, ‘Antisemitism and the Media’.

[8] Schüler-Springorum, ‘Antisemitism and the Media’.

[13] Dr Matthias J. Becker, Haifa University & Technische Universität Berlin, ‘ “I voted Leave! So, why are you still here?” Antisemitic hate speech on British websites in the context of Brexit’; Dr Aaron Winter, ICR & University of East London, ‘Online Hate: From the Far-Right to the ‘Alt-Right’, and from the Margins to the Mainstream’.