With climate change likely to be unchecked and catastrophic in the next years and decades, ‘western’ countries like the UK have the responsibility and ethical duty to take in refugees from affected regions in unprecedented numbers. The claims made by those opposed to mass immigration – that immigrants cause pressure on public services, that they cause social tensions, that they are incompatible with ‘indigenous’ cultures and values – have almost always been empirically false or only true to a modest degree for a temporary period. Yet there is clearly a notional point where they could be true (countries have finite space and finite resources). And to accept the numbers of refugees needed, we may well need to approach or exceed that point.

If there is to be any possibility that wealthy nations will take on this responsibility, existing narratives used to justify previous and current waves of immigration will not be fit for purpose. To celebrate diversity and the model immigrant will not be enough if and when immigrants are accepted at a level that causes the kind of pressure on resources and social solidarity that it needs to cause if it is to be ethically sufficient.

In my new book, Strange Hate: Antiracism and the Limits of Diversity, I suggest a concept of diversity and a form of anti-racism that would be robust enough to survive such necessary developments. My argument is not based on any kind of celebratory narrative. Rather, I propose a framework that jettisons the requirement that minorities must be likeable. Anti-racism becomes, in this formulation, an absolute commitment to defend the unsympathetic other.

Of course, in theory, that is what anti-racism always has been. In practice, though, the unconditional protection of minorities is a difficult challenge that can only truly be faced if one is aware that it exists. Certainly, the regularity with which the politics of some minorities is ignored and, concomitantly, the regularity with which, when the politics of other minorities becomes unignorable it leads to selectivity or even the abandonment of anti-racism, demonstrates the scale of the problem.

In place of celebration, I offer an attitude to diversity and anti-racism marked by teeth-gritting restraint, and what I call ‘sullen solidarity’. This is anti-racism as a self-sacrificing commitment to fighting for those one may actually despise. This is not an inspiring vision; it lacks the self-congratulatory glow that celebrations of diversity provide.  It is, however, a practical way forward and, potentially at least, one that may be fit for purpose for fighting for the mass immigration of refugees in the face of the climate catastrophe that lies ahead.

My thinking on diversity and immigration has been heavily influenced by a now largely-forgotten book from 1975 by the late sociologist Geoff Dench called Maltese in London: Case-Study in the Erosion of Ethnic Consciousness.[1] Although outwardly a meticulous and careful case study of a small section of post-war immigration into the UK, the implications of Dench’s work challenge common preconceptions about what immigrant communities are and should be.

Malta, then a poor former-British colonial possession that had suffered tremendously in the Second World War, experienced a huge wave of post-war emigration, some of it to the colonial and later post-colonial power. In the UK, the Maltese population was, for a time, associated with criminality (pimping in particular) which reinforced their not-quite-white status. As Dench shows, the response to this stigma was rapid assimilation, which the Maltese were just about white enough to achieve. In the process, they retained very limited communal structures and ethnic solidarity. Today, there are just over 30,000 Maltese-born people in the UK, and the distinctiveness of the collective Maltese contribution to British life is very modest.

Viewed one way, the Maltese-British case is a success story: immigrants who overcame relatively mild discrimination to become regular citizens, just like everyone else. Certainly, this is the sort of model that some critics of multiculturalism want. At the same time, there is something about the history of Maltese immigration to the UK that upends a widely-shared narrative about immigration.

The narrative I am referring to is the celebratory one: that immigrants contribute something distinctive that can be praised and treasured. Such celebratory narratives are applied selectively but widely across the political spectrum, depending on one’s preferred ‘model minorities’. According to taste, the model immigrant group consist of stolidly law-abiding small businessmen, creative providers of musical, cultural or culinary vibrance, allies in progressive political struggles or contributors to ethno-religious understanding and dialogue. In some respects, racists also have model minorities too: minorities that are seen as criminal, deviant and worthy of hatred.

The Maltese do not fit into any of these narratives. They are ignored even by those who laud assimilation and integration for having the temerity to undertake this process discreetly and diffidently. They certainly don’t impinge much on the thoughts of those who celebrate minority anti-racist struggles. Neither the political right, centre or left have displayed much interest in, or knowledge of, Maltese-British history.

This is where the story of Maltese immigration is subtly subversive. It forces us to recognise that immigrants are not necessarily here for anyone’s benefit. They are not necessarily model citizens by anyone’s definition. They do not necessarily display their difference for the delights of others, or organise collectively and enter the public sphere. Cosmopolitan cities in Britain and many European countries contain many such invisible minorities.

In writing Strange Hate, the Maltese-British case constantly haunted me, even though I never mention it (nor is Geoff Dench’s book even referenced). It might seem perverse or bizarre that a book that intervenes in very public debates about antisemitism and racism has been influenced by a totally uncontroversial example of immigration, but it helped me to re-imagine what diversity is, could be and should be. 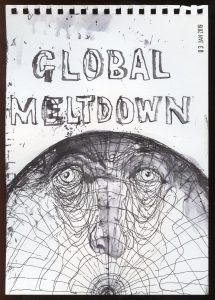 I was moved to write Strange Hate out of my experiences in trying to understand and intervene in the controversy over antisemitism in the British Labour Party. The ‘strangeness’ I allude to in the title is the phenomenon of self-defined anti-racists being accused of anti-Jewish racism (often, in my opinion, correctly). But this is not just a phenomenon of the left; when lifelong antisemites on the right loudly proclaim their support for Israel (sometimes reciprocated by Israel itself), something equally strange is happening. I suggest that what we are seeing is the emergence of what I call ‘selective anti/semitism’, a mix of love for one kind of Jew and hatred for another kind. Selective anti/semitism is at the vanguard of a wider emerging selective antiracism and racism that also picks and chooses the minorities to hate and the minorities to love.

On the left, the reason that this selectivity has emerged is down to a hidden vulnerability in anti-racist practice (and, sometimes, theory too). That is, anti-racists often do not know how to respond when some minorities, or minorities within minorities, reveal themselves to be politically objectionable. The widespread adoption of Zionism by Jews after the Second World War occurred simultaneously with the rejection of Zionism by much of the anti-imperialist left. This divergence has now reached the point that it has become extremely difficult to fit Jews who do not reject Zionism into any anti-racist coalition. The fact that there are significant non-Zionist Jewish minorities ends up encouraging a selective kind of identification with Jews, in which Zionists Jews are prevented from a say in defining the racism that they suffer from, and anti-Zionist Jews are given an effective veto on what antisemitism is or is not.

One of the key divides between Zionist Jews and sections of the left is on the political character of Zionism. For many Jews, Zionism is much more than a politics, it is seen as a core and indivisible part of Jewish identity. In contrast, for its detractors, Zionism is only ever political, and for Jews to see it as other than that is to conflate politics with identity. In response, I assert the inescapable fact that Jewish, and many other ethno-religious identities are, frequently, tied into political identities that may well fit awkwardly into the commitments of the wider anti-racist left. Jews may have forced the issue, but there are many other British minorities who, quietly or not-so-quietly, see support for a range of political causes as central to who they are. It’s not that this is inevitable or an unchangeable fact, but to ignore it or to try and bypass those members of minorities who have the ‘wrong’ politics is folly.

The fact (for now at least) of ethno-religious political identities challenges celebratory constructions of ‘diversity’. To truly celebrate diversity would be to celebrate a range of mutually incompatible political commitments and agendas. Instead, when diversity is celebrated – wherever you are on the political spectrum – it is usually based on either an ignorance or active denial of the inconvenient aspects of the communities in question.

The example of Maltese immigration to Britain offers an alternative vision. In drawing attention to a minority that did not and does not collectively contribute anything much that is distinctive to the UK, I am not suggesting that future immigrant groups will not do the opposite. Radical assimilation of this kind is not an ideal to aspire to, not is it a fate to be avoided. What I am arguing is that the Maltese-British experience reminds us that they did not come to Britain for the primary benefit of the majority population and should not be judged on those terms. That the Maltese ‘contribution’ to Britain is not celebrated is what makes this minority ironically valuable as a model.

As a British Jew, I often think of the Maltese-British example whenever I encounter celebrations of the Jewish contribution to British life. At the time of writing, there is an exhibition at the Jewish Museum in London, opposite where I work, called ‘Great British Jews: A Celebration’. It showcases ‘some of the most recognisable Great British inventions, innovations, products and people that you never knew were Jewish!’. I can’t help but feel some pride at being part of a minority that has offered so much to this country, and yet I feel I must try. To justify our place in Britain may be understandable, but it bows to the logic that this was the other side of the bargain in allowing us in, and permitting us to remain. The Maltese case offers a different possibility: that the immigrant presence requires no justification and no celebration, only existence.

Keith Kahn-Harris is a sociologist and writer. He is a senior lecturer at Leo Baeck College, runs the European Jewish Research Archive at the Institute for Jewish Policy Research and is an associate lecturer at Birkbeck College. His latest book is Strange Hate: Antisemitism, Racism and the Limits of Diversity (Repeater, 2019).